The MXQ and MXIII  TV Boxes with Android™ have been discontinued. 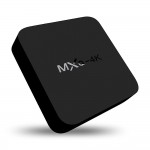 The MXQ has been replaced with the MXQ-4K. A similar model but faster and more reliable and capable of 4K video display. The price is slightly higher than the MXQ was but only $4. 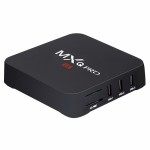 The MX3 has been replaced by the MXQ Pro. This box has a similar look but a 64-bit processor as well as Android 5.1 (Lollipop) for an overall faster box. Even better – it’s actually a few bucks cheaper than the MX3 TV Box.

Android TV Boxes is committed to evolving with the industry… and this means some products will fall by the wayside and others will replace them.