This product has been discontinued, check out the Tanix TX5+ instead!

Enjoy your TV the smart way with the new Beelink GT1-A Ultimate. One of the highest rated Android TV boxes in it's class. Turn your TV into the ultimate entertainment center. This Android box packs an Octo(8) core CPU with ample power for seamless multitasking, so you can get more done while maintaining performance across apps. Expect smooth, flawless video playback up to 4K UHD VP9 and 4K UltraHD 10bit @ 60FPS with hardware decoding. Equipped with 3GB of DDR4 memory and 32GB of hyper fast storage space the GT1-A Ultimate is blazing fast and geared to run todays latest video formats, music, emulators and Android games. Includes an air mouse remote with voice control for ease of use.

Pre-programmed and ready to go! Just plug it in and connect to your WiFi or Ethernet.

You don't need a Smart TV to use these Android boxes, just a HDMI port. This will turn your regular HD TV into the best Smart TV! If you already have a Smart TV then this will make it an even Smarter TV! 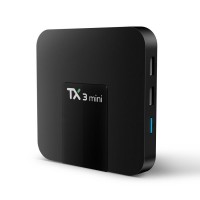 This product has been discontinued, check out the Beelink GT1 Ultimate instead!Enjoy your TV the smart way with the.. 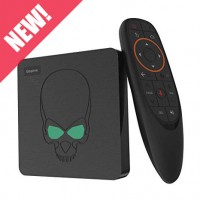